BelTribePM
BelTribe New Hub
Posted 2 months ago
Russian President Vladimir Putin is considering resuming talks with Ukraine, Turkish Foreign Minister Mevlut Cavusoglu said on Monday. The top diplomat made the remarks during a press conference in Tokyo where he’s attending the funeral of former prime minister Shinzo Abe, who was assassinated in July.


According to Cavusoglu, Putin floated the idea during a conversation with his Turkish counterpart Recep Tayyip Erdogan at the recent summit of the Shanghai Cooperation Organisation (SCO) in Samarkand, Uzbekistan.

"In the course of negotiations with our president, Putin announced the possibility of returning to negotiations with Kiev, but on new conditions that have appeared," Cavusoglu was quoted as saying, He didn't elaborate on the "conditions" specified.

The minister also reiterated Ankara’s desire to stage direct talks between Putin and Ukrainian President Vladimir Zelensky. “Our president will continue his contacts with Putin and Zelensky. Our aim is to bring the two leaders together to ensure that decisions are made at the level of the leaders,” Cavusoglu said.

Apart from declaring the goal of defeating Moscow on the battlefield, Ukrainian officials have also reacted angrily to the referendums on joining Russia, currently ongoing in the Donbass republics and Zaporozhye and Kherson Regions in southern Ukraine. On Sunday, Zelensky warned that should Russia complete the vote, it would “make it impossible, in any case, to continue any diplomatic negotiations” with Moscow.

Russia sent troops into Ukraine on February 24, citing Kiev’s failure to implement the Minsk agreements, designed to give the regions of Donetsk and Lugansk special status within the Ukrainian state. The protocols, brokered by Germany and France, were first signed in 2014. Former Ukrainian President Pyotr Poroshenko has since admitted that Kiev’s main goal was to use the ceasefire to buy time and “create powerful armed forces.”

In February 2022, the Kremlin recognized the Donbass republics as independent states and demanded that Ukraine officially declare itself a neutral country that will never join any Western military bloc. Kiev insists the Russian offensive was completely unprovoked.
https://www.rt.com/news/563547-putin-ukraine-turkey-talks/ 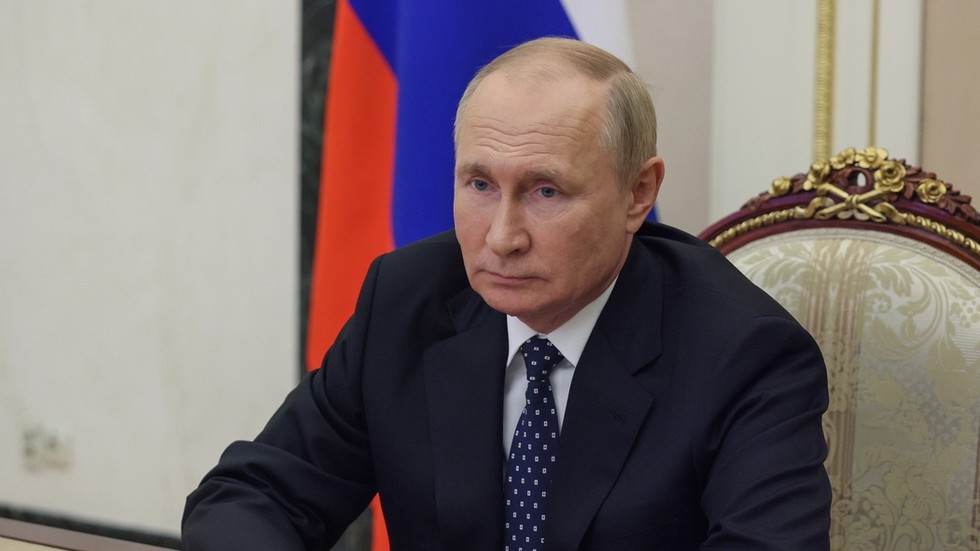